Ethiopia had limited knowledge of current health care procedures before the end of the nineteenth century. People were reliant on natural resources, and the ancient health care system used a variety of traditional procedures and herbal medicines across the country. Following the arrival of Christian missionaries and the sciences of the medical revolution, Ethiopians began receiving basic public health services in the late nineteenth century. 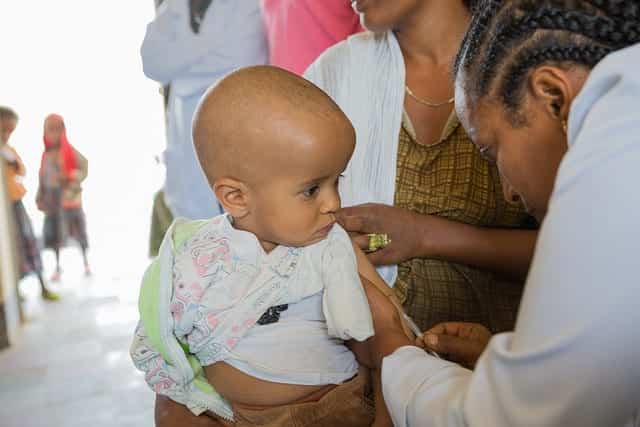 The very first permanent health institution was a Russian hospital, which was created to treat wounded soldiers following the battle of Adwa in 1896, with the assistance of Russian medical missionaries. Menilek II created the first Ethiopian hospital, Menilek II Hospital, on the site of the Russian hospital when it closed in 1906. In 1948, the Ministry of Public Health, today known as the Ministry of Health, was established. Following its proclamation, the ministry has been tasked with promoting and preserving public health in the country, which includes conducting national health campaigns, national health education programs, and collaborating with other government agencies to improve the country’s health services, among other things.

The Gondar Public Health College and Faculty of Medicine at the Haile Sellassie I University (now called Addis Ababa University) was established in 1954 and 1964 respectively. Between 1942 and 1977, the term “clinic” was replaced with a division between health stations, which provided basic curative and first-aid care, and health centers, which provided more comprehensive outpatient health care. Meanwhile, many people had severely limited access to any form of health care; in comparison to the more metropolitan administrative regions, those in rural areas had essentially no access. During the 1980s, the government attempted to collaborate with the Regional Health Office in the delivery of basic health education programs and the administration of basic health services to the rural population.

Following the change of government in Ethiopia, in 1991 the new government of Ethiopia put in place many political and socio-economic transformation measures. Among these, it developed the first national health policy in 50 years in 1993, which was followed by the formulation of four consecutive phases of comprehensive Health Sectors Development Programs (HSDPs), starting from 1997/98, and a health care financing strategy in 1998 to implement the policy.

The policy and the initial HSDPs were based on critical analyses of current national health problems and a greater understanding of newly emerging health issues in the country. The health policy emphasizes democratization and decentralization of the health care system, as well as the development of preventive, promotive, and curative components of health care, as well as ensuring health care accessibility for all segments of the population and encouraging community and NGOs participated in the health sector. In 1991, the Ethiopian Public Health Association (EPHA) was founded to achieve ideal quality of health for Ethiopians.

In 2002, the government launched a poverty-reduction initiative that included investments in education, health, sanitation, and water. In 2003, the Health Extension Program (HEP) was created, to install two government-paid female Health Extension Workers (HEWs) in each kebele to shift the focus of health care to health promotion and prevention. It is a healthcare delivery system that is run by, for, and by the people, including the community in the entire healthcare delivery process and encouraging them to maintain their health. The initiative encourages community ownership, empowerment, autonomy, and self-reliance by involving women in decision-making processes. In 2011, the government introduced the Health Development Army (HDA). HDA is a women-centered community movement inspired by military structures and discipline. Its special objective is to improve maternal health outcomes.

During the past fifteen years, the federal ministry of health has built an impressive framework for improving the health of all including maternal and neonatal death. This has included a wide range of strategies such as making pregnancy safer (2000), the revised abortion law (2005), adolescent, and youth reproductive health strategies (2006), and reproductive health strategies (2006). There are also strategies for free service on key maternal and child health services (health care financing strategy). Community-based Health Insurance (CBHI) (2011) in 13 districts in four big regions with aim of giving equitable, accessible, and increased financial risk protection.

The devolution of power to regional governments has resulted in Offices at different levels from the federal ministry of health (FMOH) to regional health bureaus (RHBs) and woreda health offices share in the decision-making process, powers, duties, and coordinate the operation of the district health system under their jurisdiction.

The recently implemented business process re-engineering (BPR) of health sectors has introduced a three-tier health care delivery system (Woreda /district health system, general & specialized hospital). Agreements on Millennium Development Goals (MDGs) and Sustainable Development Goals (SDGs) brought focus on health from global partners. Health Sector Transformation Plan (HSTP) and the second Growth and Transformation Plan (GTP II) from 2015/16 to 2019/20 were developed to envision Ethiopia’s Path to Universal Health Care through the strengthening of Primary Health Care. As public health functions are framed having in mind the public good. It is a very complex task and influenced by a wide range of policies across a range of sectors.

Ethiopia has achieved tremendous success in recent years in tackling important health challenges, particularly in managing infectious diseases, reducing newborn, child, and maternal mortality, and supporting increases in health service coverage and utilization. Ethiopia, on the other hand, continues to suffer from a triple burden of disease, which is mostly caused by communicable infectious diseases and nutritional deficiencies, as well as non-communicable diseases and traffic accidents. Human resource shortages and high turnover, as well as a lack of key drugs and supplies, have added to the load.

New difficulties will emerge in the next decades that policymakers must address, including revaluation of the current health system, quality, and equity in health provision and finance, as well as the number and quality of health sector workers. With the ultimate goal of improving the health status of Ethiopia’s growing population, it is necessary to ensure adequate policy in response to shifts in health patterns, as well as the number and capacity of community-based health worker training centers for the prevention and treatment of non-communicable diseases and injuries.

Studies, A. (1980). The Development and Distribution of Health Care Services in

1 thought on “Development, approaches, and functions of public health in Ethiopia”