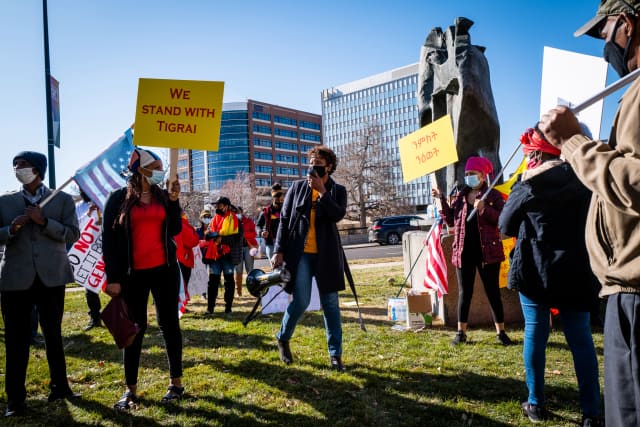 DENVER (CBS4) – Carrying signs that said “Do Not Let It Become Genocide,” protestors marched down Lincoln Street to the State Capitol on Thursday afternoon. They called themselves concerned Ethiopians in Colorado. CBS News reports Ethiopian Prime Minister Abiy Ahmed sent soldiers to the northern province of Tigray following an attack on a government military base. The Prime Minister, who has won a Nobel Peace prize for creating peace with neighboring Eritrea, is now accused of attacking his own people.