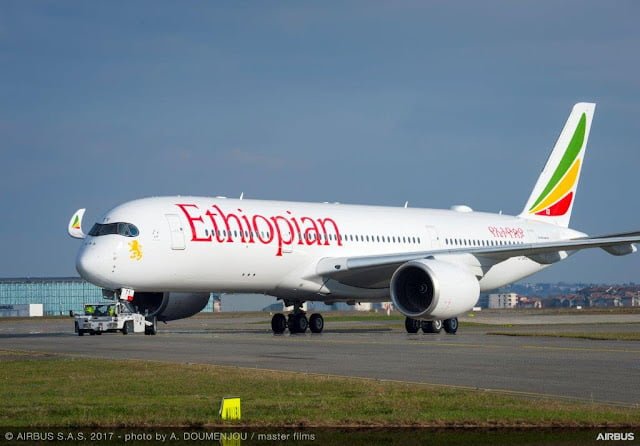 Facebook asked me what is on my mind? Well, I walk up feeling down with Democrat’s declaration of war on the Ethiopian Airlines. I said why?

My mind also pulled a file to remind me what Charles Darwin once wrote. He wrote “At some future period, not very distant as measured by centuries, the civilized races of man will almost certainly exterminate, and replace the savage (black) races throughout the world.”

Darwin goes to explain that the “highest races and the lowest savages” differ in “moral disposition … and in intellect”. Darwin wrote savages have “low morality,” “insufficient powers of reasoning,” and “weak power of self-command”.

He uses animals as an analogy to explain blacks. He wrote “No one supposes that one of the lower animals reflects whence he comes or whither he goes,—what is death or what is life, and so forth”. Then he goes to expand his pseudo-science to explain blacks. He wrote “How little can the hard-worked wife of a degraded Australian savage, who uses hardly any abstract words and cannot count above four, exert her self-consciousness, or reflect on the nature of her own existence” Darwin then concludes by making a bold assertion that “blacks are incapable of complex thought and insinuates that they are akin to lower animals.”

But this theory got defeated into pieces in Ethiopia. Of course, Ethiopians had abstract thoughts and knowledge and presented thousands years of literature, architecture, religion, music note as good as Mozart, painting, astrology, astronomy, the only 81 books of bible in the world (a bible 15 more books than Israelites and Caucasians, Islamic literature, human rights, religious freedom, protection of refugees and abstract military strategy displayed at the battle of Adwa that destroyed 75% of white army in half a day and by building the most successful Ethiopian Airlines, dubbed the spirit of Africa.

The Ethiopian Airlines is Ethiopia’s modern day Lalibela and Axum which proves blacks are not inferior or they will not be extinct as Darwin predicted. Ethiopian Airlines among 50 top airlines (41 in the world) attracted malicious attention.

Let me make clear I am not a supporter of the government but a supporter of my Ethiopians Airlines, the New Sprit of Africa. I am disturbed by the level of malice of Biden’s Democrats government and CNN using fake pictures to kill it off. It is really disturbing and heart breaking!

Ethiopians need to see where this will end unless Ethiopians stand to be counted.

1. The US government knows that more than 430 trucks are hijacked by the TPLF to transport troops rather than delivering lifesaving food. The US didn’t condemn this because this was deliberately made to create a humanitarian crisis to justify a humanitarian intervention. Now the trucks are taken and the US government wants to choke-off Ethiopia’s medical and other essential supplies through by paralyzing the Ethiopian airlines to create even bigger humanitarian crisis to justify humanitarian intervention. The people in Tigray are the means to an end.

2. The US government knows that the TPLF army is 370 km South of Mekele near Desse and 490 KM near Debremarkos in “Amhara region” and there is no Ethiopian army in Tigray to hinder humanitarian support. It is UN humanitarian agencies and TPLF roaming in Tigray recruiting, feeding and training child soldiers for next human wave to Addis Ababa. It is US and TPLF leaders creating humanitarian crisis to justify humanitarian intervention.

3. The US government knows Ethiopia was made a landlocked country by the order of the State Department’s Herman Cohen in 1991, and Ethiopia has no access to the sea and attacking the Ethiopian airlines is like taking the life supporting oxygen to create a new level of humanitarian crisis once again to justify a humanitarian intervention. By the way, is it a crime to transport guns on Airlines? Then how Ethiopia is going to transport defense equipment to her defense without airplanes? Maybe using Aladdin’s magic carpet? What will be the precedence of the US absurd allegation on the Ethiopian right to self-defense without using aircraft? This shows the level of malice brewed by Democrats and incompetence of the Ethiopian diplomacy to appear on CNN or other media to show them the absurdity and stupidity of the allegations.

4. All the US attempts to use UNSC to justify intervention failed due to lack of evidence and now all the legal-legal play by the UN collective security rules disappeared. Now, the gloves are taken off and the Democrats government will use everything possible to escalate the humanitarian crisis till the world has no option but to accept the democrats demand for humanitarian intervention.

So be, prepare. It is not without a reason that Democrats have dropped the Taliban to call Ethiopia “a national threat to the US”.

I do not know why the Democrats are doing this but it is unavoidable. Hence, do we stand to be counted or lay down and dissolve our country to accept what Darwin had predicted?

The most frustrating thing is the Ethiopian government failure to use the Western media itself to fight back. The government is obsessively mesmerized by its own pictures of Entoto project.

The blessing-in-disguise of the US blatant intervention is helping the Ethiopians nationalism to the default setting, to rise up from the Ashe, helping Ethiopians united and rally behind the government to pay the necessarily sacrifice to stop dissolution of the Ethiopian state by Democrats. The bad thing is it is also, US is creating irrational and anti-American 80 million youth who will destroy Ethiopia’s hope of creating a tolerant, democratic, liberal and open-minded society.

It is really worrying and I guess this is it. Democrats have made their mind and no options left except to say no.