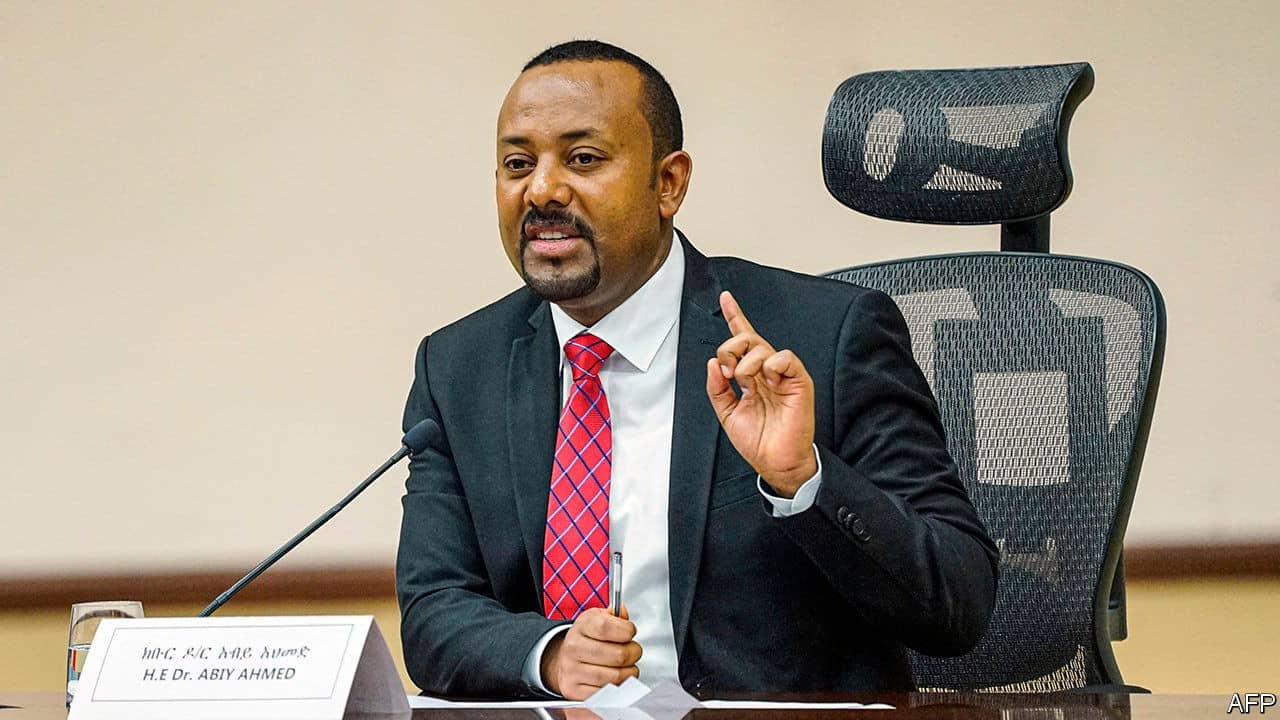 Communiqué of Ethiopians in Switzerland and Austria at the end of the ​briefing by the Permanent Mission of Ethiopia to the United Nations Office and other international organizations in Geneva, held on 28th of November 2020

We, Ethiopians in Switzerland and Austria, gathered on the 28th of November 2020, at the second briefing by the Permanent Mission of Ethiopia to the United Nations Office and other international organizations in Geneva, on the unfolding of the law enforcement operation in Tigray regional state of Ethiopia,

Noting​with support and appreciation that since 2018, Ethiopia is ​undergoing a profound transformation​​which cuts across political, economic and social areas, under the leadership of ​H.E. Prime Minister Abiy Ahmed Ali whose efforts were recognized through the award of the 2019 Nobel Peace Prize,

Recalling​that since 2018, the belligerent ethno-nationalist group under the name of Tigrayan People’s Liberation Front (TPLF) has been conducting and sponsoring ​destabilizing actions resulting in the death and displacement of innocent civilians including ​ethnic targeting crimes,

Recalling further​that PM Abiy has repeatedly ​called upon the TPLF’s leadership to cease its destabilizing conducts and to become a force of peace and development,

Noting ​with disappointment that these efforts were systematically rejected by the TPLF who continued with improper and destructive actions taking the lives of many innocent civilians ​with the intent to destabilize the nation, the government and its reform agenda,

Supporting ​the Ethiopian Government’s appreciation that the criminal acts committed by the TPLF do not reflect the wishes of the people of Tigray,

Stand​​with the Government of Ethiopia in its commitment to uphold rule of Law in Ethiopia’s Tigray Region by undertaking a legitimate ​law enforcement operation,

Condemn​the TPLF and Tigrayan militias’ series of crimes and mass murders of Amhara People carried out on 9–10 November 2020 in the town of Mai Kadra as evidenced by the Ethiopian Human Rights Council and Amnesty International,

Call​upon the international community, the diplomatic community in Geneva and the Swiss Government to support the Ethiopian Government in its operations to restore rule of law to ensure lasting peace in the Tigray region, bring the perpetrators within the TPLF leadership to justice, and pursue the path to development and democratization,

Caution​international media entities and international organizations to thoroughly investigate and verify information and be aware of TPLF agents spreading disinformation on the legitimate law enforcement operation by the Ethiopian Government,

Call​upon the international community and humanitarian aid agencies to provide help on the unfolding emergency food need and logistics support to refugees and displaced persons.