The party’s 81-member Central Committee voted for the new changes on Thursday. The move is seen as a bid to position Ahmed as the next Prime Minister of the country.

He takes the post of OPDO Chairperson and replaces Lemma Megerssa the immediate past occupant of the role. Megerssa drops to the post of deputy OPDO chair but maintains his post as president of the Oromia region.

DR. ABIY AHMED, FORMERLY THE MINISTER OF SCIENCE & TECHNOLOGY, HAS MOVED TO BECOME DEPUTY CHAIRMAN OF THE #OPDO, ONE OF THE PARTIES THAT MAKE UP THE RULING #EPRDF, AND HEAD OF ITS SECRETARIAT UNDER THE NEW LEADERSHIP OF LEMMA MEGERSSA (SEEN BELOW). PIC.TWITTER.COM/4PH20FTNMG 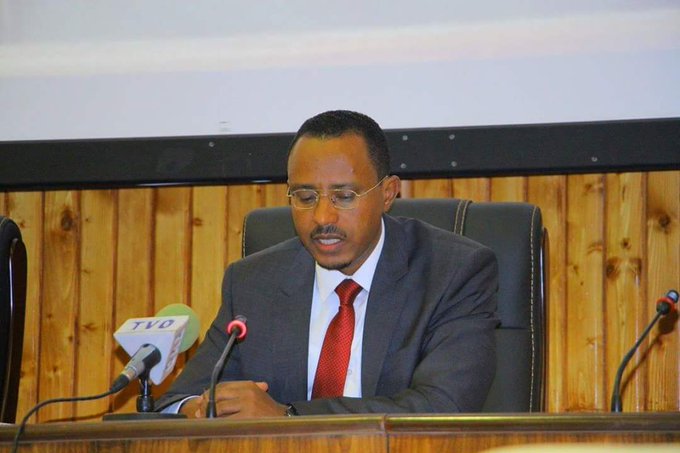 Dr. Abiy Ahmed’s appointment as chairman of the OPDO came after the party’s 15 member executive committee, led by Lemma Megeressa, reached at a consensus on Monday this week to replace him as the chairman, the Addis Standard added.

The post of Prime Minister became vacant after the resignation a week ago of PM Hailemariam Desalegn. The ruling Ethiopia Peoples Democratic Front (EPRDF) is expected to go to congress to elect Desalegn’s successor. He is continuing in the role till congress decides.

Desalegn belonged to the SEPDM whiles the late PM Meles Zenawi belonged to the TPLF. The coalition holds 100% seats of the parliament. The country is due to return to the polls in 2020.

‘GAME OVER TPLF,’ THE CONGRESSMAN SAID IN A TWEET.