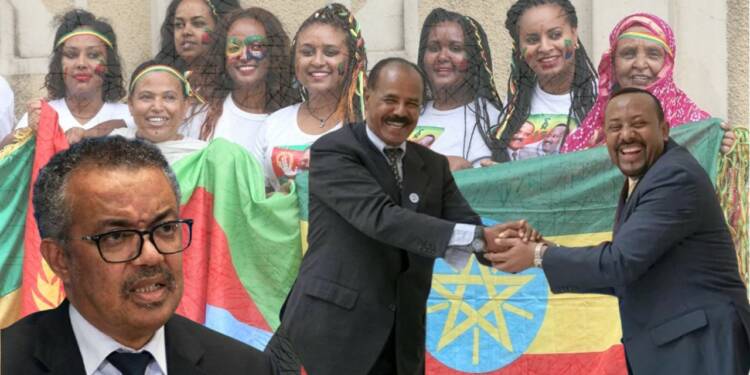 Any sign of peace between two warring parties in international affairs is viewed as a threat to its power and dominance by the US. The US always benefits from creating destabilisation in other countries. Ethiopia is one of them.

The two-year conflict between Ethiopia and Tigray People’s Liberation Front has claimed many lives over the years. Civilians have been displaced, houses destroyed and dreams shattered. TPLF’s demand for secession has created widespread devastation and misery in the Tigray region. The Ethiopian and Eritrean governments are actively fighting to defend their lands and people from the never-ending aggressions of the TPLF. TPLF, which is covertly financed by the West, regularly launches attacks on Ethiopian forces.

The US and Europe want this war to continue because their aim is to establish control over the rich resources of Ethiopia and Eritrea. Both countries are rich in gold, copper, oil, zinc, potash, natural gas etc, which Biden and his allies want to get their hands on. The strategic location, is yet another factor that makes the west wanting to continue this war for as long as possible. The west’s desire to control the Horn of Africa region will be fulfilled as long as this war continues. As long as the war continues, the Ethiopian government will be forced to divert its attention from taking care of the economy and spend its time as well as money on defending itself and its people from the TPLF. The TPLF is refusing to stop its atrocities; hence the West wants to destroy the economy and political stability of Ethiopia. However, unlike the US and Europe, Ethiopia and Eritrea do not want this war. Abiy Ahmed and Isaias Afwerki want to develop their countries, grow their economies, look after their people and want peace. They have nothing to gain from this war with the TPLF. On the contrary, they know that as long as this conflict continues, their people will suffer. Ahmed and Afwerki have repeatedly called for peace talks.

Earlier, the Ethiopian government and TPLF agreed to an African Union-led peace talk which was going to be held in South Africa. Both realised that their differences need to be put aside and they need to come together for a peaceful reconciliation. However, somehow the peace talks got postponed over logistical reasons. But, in reality, the West was behind this delay as it didn’t want the Tigray issue to be resolved. They parallelly moved a resolution in UN, for investigating the region and occurrences of war crimes. By this the west gave a breather to TPLF, who was by now ready for peace talks to resume fighting. The motion was supported by the western countries but rejected to the majority of African countries present and voting, as they had seen through the devilish intention behind the motion.

Soon after the derailment of these peace talks, the fighting between Ethiopia and TPLF resumed. This time, TPLF was hit hard by the Eritrean and Ethiopian governments, as they decided to get rid of the TPLF problem once and for all. TPLF suffered huge losses. Its troops were killed in large numbers and it retreated to its base. TPLF was about to be annihilated. It is not surprising that the Ethiopian government yet again agreed to peace talks which are going to be held again in South Africa on 24th October and are going to be led by the African Union. The West doesn’t want these peace talks to go on. Therefore, this time World Health Organization Director-General Tedros Adhanom Ghebreyesus tried to reignite the tensions between TPLF and Ethiopia by saying, “There is a very narrow window now to prevent genocide.”

WHO Director-General Tedros, who was raised in the Tigray region and served as minister of health of Ethiopia in 2005 when the TPLF was in power under Prime Minister Meles Zenawi, is trying to incite the Tigray rebels who have agreed to peace talks by falsely claiming that Ethiopia is carrying out a genocide against them. By using the word genocide, Tedros is trying to further the agenda of the West which doesn’t want the TPLF and Ethiopian government to come to table.

In the end, nobody gains anything from a war. Even the winning side is the loser, lives are lost, resources are destroyed, and futures are gone. Everything which can be used to develop a nation vanishes. The West is the only one which is gaining from this war, after all the war is not being fought in its land. Biden and his allies don’t want the Tigray conflict to be resolved, otherwise their plans to create dominance over the Horn of Africa region, which is rich in petroleum, gold, hydropower etc will fail.