Why I am Voting Republican in the Upcoming Gubernatorial Election 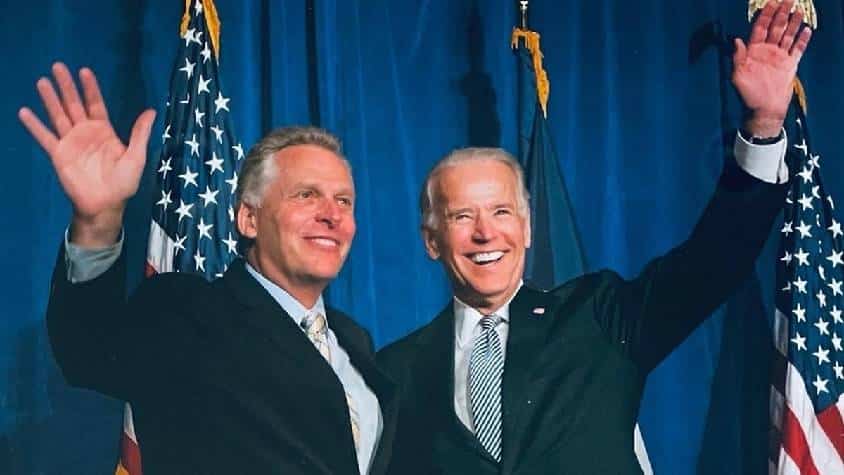 My name is Tigest (TG) Ayele. In 1989, I migrated from Ethiopia to the United States and became an American citizen in 2008. I am a registered independent but when it comes to elections, I religiously voted for Democratic candidates pretty much up and down the ballot. I have been involved in voter registration drives, canvassing, driving seniors to voting locations and fundraising for democratic candidates.

Historically, the Democratic Party’s policy on Ethiopia has been disastrous, often supporting dictators in the name of advancing America’s geopolitical interests. Unfortunate as they may have been, past US policies on Ethiopia never influenced my voting decisions or participation in the Democratic Party’s campaigns. This changed with the Biden’s administration’s blatant anti-Ethiopia policy.

President Biden’s two most important domestic policy items is “inviolable voting rights.” As he stated in a recent CNN interview with Anderson Cooper, open to removing the long-held US Senate filibuster procedure to help Democrats push through voting rights legislation. However, in Ethiopia, his administration supports the Tigray People Liberation Front’s (TPLF’s) demand to disenfranchise Ethiopian voters of their rights to elect their leaders and establish an interim government including TPLF. Unfortunately, many Democratic lawmakers are aggressively pushing President Biden’s agenda. I can no longer vote for Democratic Candidates in Protest.

An online poll that was jointly conducted by several Ethiopian American Associations in which 2534 participants took part confirmed I am not alone in abandoning the Democratic Party. A whooping 97 percent of the participants indicated that the US policy on Ethiopia will be a factor in their voting decision in the 2022 midterm elections. Of the 2483 participants who responded to the question of change in party affiliation, 61.3 percent said they will change to Republican and 23.5 percent to Independent. Many of my friends are among those who are leaving the Democratic Party.

Biden’s Blind Support for TPLF: The Last Straw that Broke the Proverbial Camel’s Back

For nearly three decades (1991 to 2018), TPLF’s authoritarian rule terrorized Ethiopians. The Human Rights Watch characterized Ethiopia under him as “one of the most inhospitable places in the world, bearing the hallmark of crimes against humanity.” The US official report regularly wrote about “torture and other cruel, inhuman, or degrading treatments” of opposition leaders.

In April 2018, Ethiopians forced TPLF out of power after a sustained national uprising. Dr. Abiy Ahmed became the first Protestant Prime Minister (PM) and won global accolades for “saving the country from a civil war” (CNN); giving the nation “a chance to reinvent itself” (Foreign Affairs); “igniting economic change equivalent to South Korea’s influence on Asia in the 1970s”(Financial Times); and “ushering in a new chapter that can chart a path to a viable democracy and economic prosperity (Freedom House).”

Losing its grip of power after a national upheaval did not encourage TPLF to be a part of the national transformation process. Instead, it joined forces with Egypt to subvert Ethiopia’s transformative political and economic reforms. As Rene Lefort, a renowned French journalist who has reported on Africa since 1970, stated: “TPLF is refusing to move one iota from its immutable dogma of ‘developmental state’  and ‘revolutionary democracy.” The term “developmental state” refers to a state-controlled economic system and “revolutionary democracy” a code for socialism.

Egypt’s conflict with Ethiopia involved the Grand Ethiopian Renaissance Dam, the largest dam in Africa that Ethiopia is building over the Blue Nile River to generate hydropower that is critical to end its perennial poverty and pave the way for the mod­erni­zation of the country.

Though 100 percent of the Blue Nile waters originate from Ethiopia, and Ethiopia is building the dam in accordance with international water laws, Egypt’s position is: “The Nile is a gift to Egypt. If it diminishes by one drop, then our blood is the alternative.” Egypt confronted Ethiopia with a threat to “back rebel groups fighting the Ethiopian government” if it fails to honor Egypt’s hegemony over the Blue Nile River. “If this fails, then there is no choice left for Egypt but to play the final card, which is to destroy the dam.”

On November 4, 2020, TPLF leaders betrayed their country, responding to Egypt’s call for war against Ethiopia. Its militia forces launched a war against the Ethiopian National Defense Force stationed in the Tigray region. Trump’s Secretary of State, Mike Pompeo, condemned TPLF for triggering a war and his Assistant Secretary for African Affairs, Tibor Nagy, explained that TPLF’s objective was “to overthrow Prime Minister Ahmed and return to the type of privilege they had enjoyed within the Ethiopian State for the last 27-years.”

On November 15, 2020, Egypt and Sudan launched joint military exercises. In December, Sudan invaded Ethiopia and took over a large swath of farmland. Egypt’s threat to embroil Ethiopia in internal and external wars became a reality.

Biden’s support to TPLF cannot be explained by America’s strategic interest in maintaining the stability of the Horn of Africa, a geopolitically significant region. The West in general and the US in particular were relieved to see TPLF out of power, after it put Ethiopia on the brink of a civil war.

Similarly, Biden’s policy cannot be justified by America’s interest in containing China’s influence over the Horn of Africa. China’s investment in Ethiopia was far more during TPLF’s era, amounting to $13 billion between 2006 and 2015. In contrast, Ethiopia under PM Ahmed has been cautious of loans from China.

The Biden Administration’s blatant animosity towards Ethiopia is nowhere clearer than its support of the TPLF’s demand to nullify the results of the 2021 Ethiopian elections that gave PM Ahmed’s Prosperity Party and establish an interim government outside of the constitutional order that includes TPLF. The Ethiopian election was declared “orderly, peaceful, and credible” by the African Union (AU). The results can only be described as a referendum on PM Ahmed’s reform.

The most damaging part of the US position is its push for a provisional government outside of Ethiopia’s democratic election process, violating the AU’s Charter that rejects all forms of power grab outside of the ballot box. This is a total disregard for African institutions and utterly racist. Ethiopian Americans are justified to abandon the Democratic Party that has taken them for granted and betrayed their unyielding loyalty.

While the Biden administration condemns the Ethiopian government for every alleged war crime and war related atrocities, it is silent on TPLF’s war crimes. No word, much less accusation of TPLF, when TPLF uses child soldiers, some as young as 10 years old. No condemnation when TPLF confiscated over 400 UN Trucks that were used to transport food aid and used them to transport its weapons and military personnel. Al Jazeera reported: “445 trucks have entered Ethiopia’s war-torn Tigray, but only 38 returned – hampering future aid deliveries.” France24 confirmed, stating: “Hundreds of aid trucks ‘not returned’ from Ethiopia’s Tigray region, says UN.” The report highlighted that “TPLF (is) seizing trucks for own logistics” Yet, the Biden administration accuses the Ethiopian government of starving its own people.

I am organizing a Zoom meeting for Ethiopian American registered voters. We are expecting a large crowd. If you are interested in addressing the crowd and answering questions, I would be happy to extend a personal invitation. I could be reached at