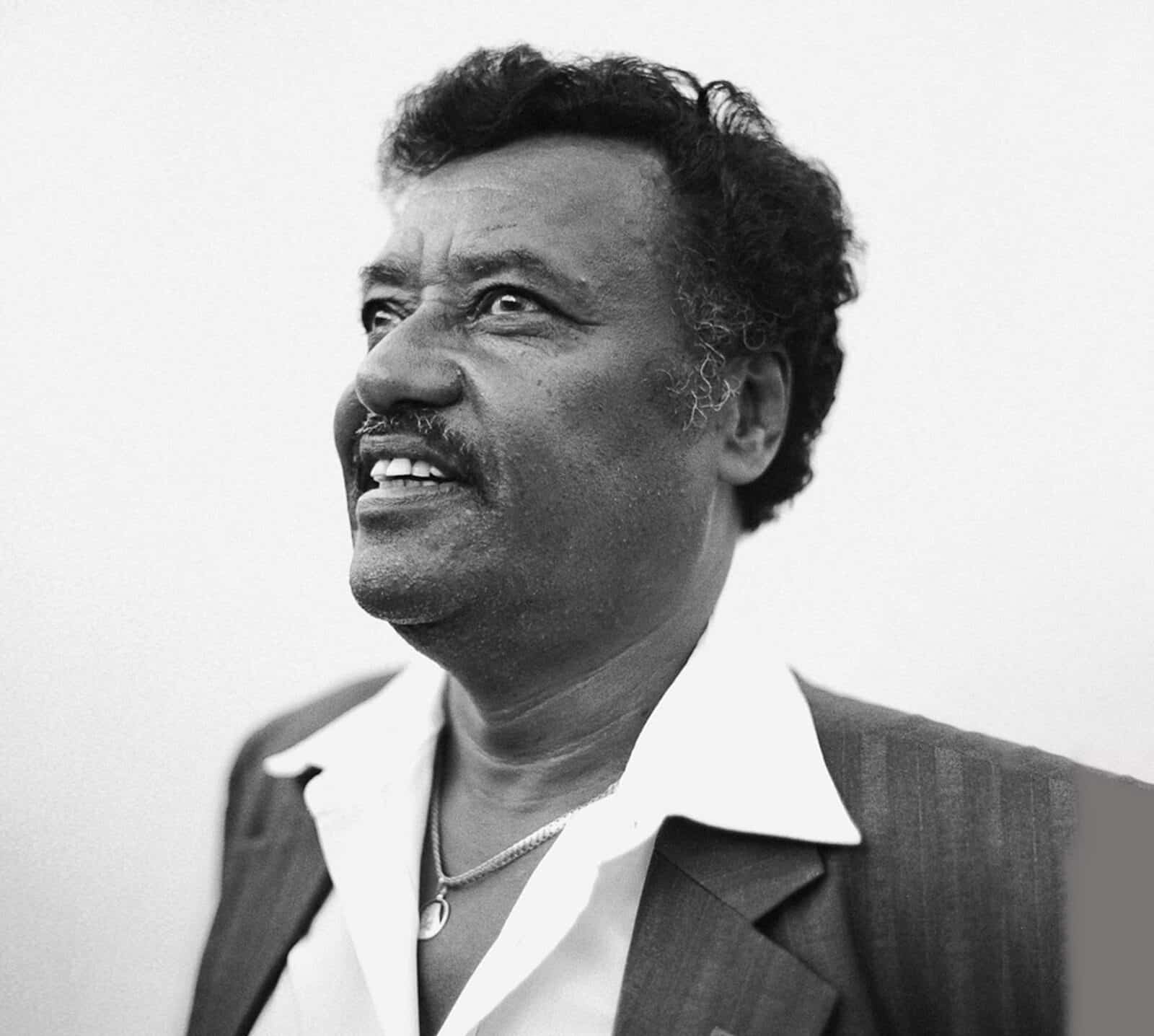 Alemayehu Eshete is an Ethiopian singer nicknamed the Ethiopian Elvis Princely. In the 1960s and 70s Alemayehu stole the hearts of Ethiopian music lovers in his unique modern sounds, arrangement and stage moves. His songs are socially conscious, reflecting the political and social turbulences at the time.

He is known for his superb fashion choices, mainly influence by cow boy style. Many remember him for his long hair style and veil suits.

Alemayehu is considered one of the best singers of the 1960s and 70s, which are considered the golden age of Ethiopian music. His music is still loved by the present generation. Alemayehu still performs in Ethiopia and around the world.

Alemayehu was born in 1941 in Addis Ababa, known us Italian Sefer near to Piazza. His father owned one the few taxi’s in Addis Ababa and was a driver. When he was only 6 months old, his parents separated his mother took Alemayehu to Dessie. He was raised in Dessie Town until he was three years old.

His father brought Alemayehu back to Addis Ababa for an education.  He joined Christian Training Institute boarding school in Addis Ababa, where he was thought spiritual songs. His teachers at the time recognized Alemayehu’s voice as an exceptional and was considered their top singer in their quire.

When the boarding school decide to close its boys section, to become exclusively girl’s school/ Alemayehu joined Arbegnoch School in Addis Ababa. He was introduced to rock and roll music and fall in love with Elvis Princely and other widely known musicians at the time. He used to perform in different events in his school including for graduations, school party and other shows. Alemayehu admits that his early life is greatly influenced by western life style, music and movies

When he was in high school, he even tried to run away from his family, to go to the United States, believing that he had a shot in Hollywood. He first went to Asmara, Eritrea, and then to Massawa port. However, his effort to leave the country resulted many complications at Massawa port and he ended up in prison in Asmera. He was released and return to Addis Ababa.

Alemayehu started his music career, in the 1950s. His talent was recognized first by Colonel Retta Demeke, a musician in the famous Addis Ababa Police Orchestra. Retta invited Alemayehu to perform with the Orchestra. He played with the orchestra until 1960, and had many of his early hits including Seul. Alemayehu credits the orchestra for teaching him music, and discipline.

Alemayehu then established one of the first private bands in Ethiopia, Solecos Band.  He was a core singer for the band. The band was famous among schools in Addis Ababa, playing in graduations and school day events.

When the Derg Regime came to power, Alemayehu exiled to the United States of America. He started playing to the Ethiopian diaspora in Europe and America. It was then he released his early music on a serious of compilation of Compact Disc with a title of Buda Musique’s Ethiopiques. The 22 volumes of compact disc was entirely dedicated for his early songs with the Police Orchestra and Alem-Girma Band as well as the singles he released on his own in the early 1970s. After the release of the volumes, Alemayehu toured the United States and Europe.

Alemayehu has more than 380 records all together.