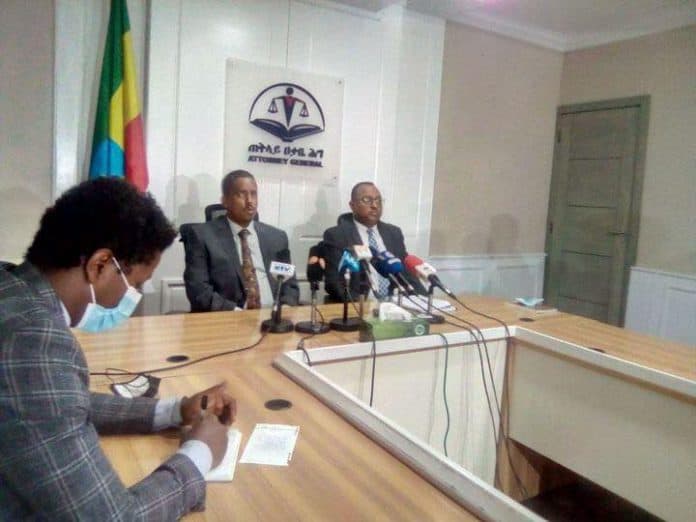 The Federal Attorney General (AG) revealed today that 124 suspects have been arrested in connection with the unwarranted attack against the Northern Command of the National Defense Force in Tigray Regional State.

Following the attack in early November 2020, arrest warrants were issued for 349 suspects, it is to be recalled. Of the total, 124 have been arrested.

The Federal Attorney General and the Federal Police have released their findings in connection with the attack on the national defense force of northern command based in Tigray Regional State.

In relation with the Maikadra massacre, a total of 256 suspects have been identified and 137  arrested.

Of those, police has found sufficient evidences that 36 of the suspects were directly involved in the massacre.

The officials finally thanked the defense force, members of the federal police commission and other security forces for their dedicated work in collecting human and documentary evidences and capturing the suspects in a short period of time.