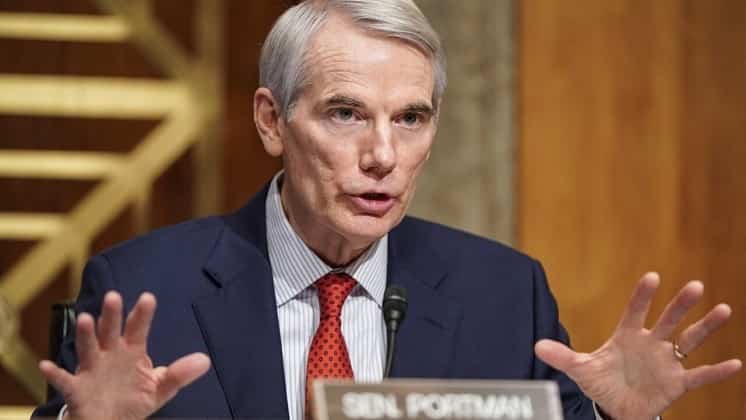 Robert P. Skinner, the first official American representative to Ethiopia in 1903, negotiated a treaty regulating commercial relations between Ethiopia and the United States. Skinner who was born in Massillon, Ohio in 1866. Ohio has a real connection with the establishment of American-Ethiopian relation that has lasted till now.

Given over a century of diplomatic relationships, it is surprising why the Biden administration chose to side with the TPLF, a registered terrorist organization that had been installed to rule Ethiopia by the help of the United States in 1991. TPLF ruled Ethiopia for 27 years and allegedly stole over 40 Billon dollars from the Ethiopian treasury, restricted free press, violated human rights of millions of Ethiopians, killed untold number of Amaras, and performed many, many atrocities on the Ethiopian people.

The Ethiopian people and especially the youth could not tolerate the abuses of human rights, lack of job opportunities (unless you are of a certain ethnic group, job opportunities were hard to come by) and the general weariness in the country.

As a result, TPLF lost support of its own coalition. It was then, replaced by more progressive leaders who did not approve of the direction that TPLF was following. The PM, Dr. Abiy Ahmed is now the democratically elected PM, following the procedures as allowed by the constitution of the nation.

As you alluded in your letter,  the TPLF leaders packed up and left the government and went back to their region in opposition to election postponement due to COVID19 pandemic. They did not honor the government’s decision to postpone the election. Instead, they held their own election against the advice of the Ethiopian government and against the constitution. The Ethiopian government in turn, did not recognize the unlawful election that had not been supported by the constitution, as that was tantamount to insurrection. They fled to their region to conspire and prepare their militia to attack the Ethiopian Defense Force, EDF, that had been stationed in their region to protect them from possible foreign invasion or conflicts. They killed members of the EDF stationed in their region to protect them, while they were sleeping. This is a treasonous act that demanded a response.

The TPLF end game was to overthrow the democratically elected government of PM Abiy regain power once again. Incidentally, they had 80% of the Ethiopian military and equipment in their own region, claiming that they had needed that much military power to defend themselves against possible war with Eritrea. They were able to do that while they were still in power and ruling with iron fist and with no one powerful enough opposed that move. Anyone who opposed what they were doing were either threatened, made disappeared or imprisoned with made up other accusations and charges.

Senator Portman: allow me what the real reasons are said to be that are the hidden causes of this TPLF conducted war, as dissected by diplomats and politicians knowledgeable on the subject matter and why they say the USA is supporting the TPLF.

Many in the diplomatic circles, think the current TPLF initiated war and support it garners, from the USA and other western nations, is because it is believed to be a proxy war against China’s growing influence in the Africa in general and Ethiopia in particular. Some of the objectives are said to be:

The above examples are sufficient to establish why the USA is using the human rights and humanitarian aid as reasons why they support the TPLF and its unjust and immoral war against the rest of the Ethiopian people.

Ethiopia Prime Minister is committed to democracy and the rule of law and there is NO difference between the Biden administration in ideological grounds. Ethiopia’s democracy should be encouraged as for the first time in the history of Ethiopia that people voted approving the current government’s part by over 94%.

Ethiopia would like to continue its mature and historical relationship with the USA. If the USA would invest in Ethiopia, like the Chinese do, and work to support democracy and free market ideals, there is no reason that the current semi fractured relationship cannot be repaired, and the historical friendship continued or restored. The USA has a lot to gain to be on the side of the Ethiopian people rather than helping the TPLF which is determined to break up the unified nation.

The Ethiopian people have chosen unity over division, peace over war, harmony and coexistence over conflict, friendship over animosity, democracy over its alternative, as well as mutual respect among nations of the world, especially the United States of America. Friendship is what we help to make it.

Mr. Portman, I implore to urge the Biden administration to help bring peace and stability in Ethiopia and continue the longstanding friendship between the two countries and help Ethiopia’s democracy flourish.

I have every hope that you can help make that happen.

BELOW, FOR YOUR REFERENCE IS THE LETTER I RECEIVED FROM SENATOR PORTMAN.

Thank you for contacting me regarding the ongoing conflict in Ethiopia. It is good to hear from you.

In 2018, after many years of poor governance, Ethiopia made progress in its transition toward democracy. The newly elected Prime Minister Abiy committed to opening the country both politically and economically and followed through by closing detention facilities, releasing political prisoners, and formalizing a peace agreement to the longstanding conflict with neighboring Eritrea.

Despite early signs of progress these advances have eroded due to unresolved ethnic tensions and a failure to follow through on democratic reforms by the Ethiopian government. Even before the current conflict in Tigray the International Organization for Migration estimated that in 2020, 1.2 million Ethiopians were displaced by regional violence. United Nations officials warned that ethnic violence had reached “an alarming level” over the past two years while noting that the stigmatization of the Tigray, Amhara, Somali, and Oromo ethnic groups had “significantly contributed to ethnic intolerance” in the country.

In March of 2020 Ethiopia’s election board announced that national and regional elections scheduled for August would be postponed because of the COVID-19 pandemic. The Tigray People’s Liberation Front (TPLF) viewed this suspension as illegitimate and held unsanctioned regional elections in September 2020, claiming to have won by an overwhelming majority.  The Tigray government then deemed the federal government’s term to have expired in October 2020, while in return, the federal government moved to cut federal funds from Tigray.

On November 4, 2020 the crisis caused by the election dispute and rising ethnic tensions led to violence when Prime Minister Abiy announced the beginning of military operations in Tigray after claiming that TPLF forces attacked federal forces.  Reports of casualties and human rights abuses were challenging to verify, however, estimates from implementing partners of U.S. aid have reported that 61,000 refugees have fled to Sudan.  In the first half of 2021 the U.N. High Commissioner for Refugees (UNHCR) will plan to help as many as 200,000 or more refugees and that approximately 4 million people will need aid in the Tigray and neighboring states this year.

Early in the conflict the United States called for an immediate cessation of hostilities and dialogue to end the conflict. The African Union (AU) has appointed envoys with a mandate to mediate an end to the conflict. United Nations, European, and U.S. officials have expressed support for the A.U. initiative. The Biden Administration, like the Trump administration before it, has condemned the killings, forced removals and displacements, sexual assaults, and other severe human rights violations and abuses reported by multiple human rights organizations in Tigray. Secretary Blinken spoke with Prime Minister Abiy on March 2, 2021 to urge the Ethiopian government to take immediate, concrete steps to protect civilians, including refugees, and prevent further violence.

In March of 2021, Senator Chris Coons (D-MD) was nominated as a special envoy to negotiate a cease fire and visited the region urging all sides to reach a peaceful solution.

On March 24, I joined my colleagues on the Senate Foreign Relations Committee in voting for S. Res 97, which calls for an end to the conflict in Tigray and encourages the Ethiopian government to address all conflicts in Ethiopia and to treat all Ethiopians regardless of ethnicity or tribal affiliation fairly and in accordance with international laws.

As of December of 2021 there has been little improvement in this situation with both sides of the conflict conducting operations which continue to endanger the civilian population.  It is in the best interest of the people of Ethiopia for both sides to agree to a negotiated cease fire which will allow for a peaceful solution to the hostilities.

Thank you for taking the time to write. For more information, please visit my website at www.portman.senate.gov, where you may also sign up for my newsletter. Please keep in touch.